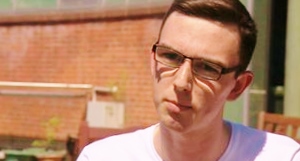 The Labour Party’s youngest councillor, Jake Morrison, was suspended earlier this month by his own party for an alleged row between himself and a Liverpool MP. The allegations were made by Luciana Berger, MP for Liverpool Wavertree. She describes the twenty year old as having a “complete lack of teamwork”. He claims she has never given him a chance. But does the suspension of a young councillor do more harm than good? Does it prevent the next generation of politicians from following their dreams and goals?

I am a great believer in local politics and government. It can certainly do a lot of good. The opportunity to bring up local issues that matter within the community is something of great recognition for a councillor and MP, non-more so than a younger member. There does, however, appear to be a negative representation about local government when it comes to issues about expenses, education and decision-making. All influence and change voters’ minds throughout any political career. For a younger person it may be more difficult to handle, but it shouldn’t prevent people from joining politics, especially as the door opens to welcome more independent candidates.

Decisions and U-turns are crucial to a success of a government. Too many decisions that too many people dislike will turn voters against your party, whilst too many U-turns will suggest that your party is not competent enough of leading the country. The way in which a leader manages and presents himself is crucial when connecting to the ordinary voter. And with every term that passes, it appears that the “three main” parties that once stood for such different ideologies have become merged and there is no clear distinction as to where one party ends and another one begins. There is now more room than ever for independent candidates to stand up and be heard. There has been an overwhelming support to the UK Independence Party (UKIP) in light of political scandals and failures to serve by politicians. Seven out of ten people I have spoken to claim they will vote for UKIP or a candidate not from the main parties at the next general election. But back to the original question. If a young individual wants to join politics, then they should be embraced and welcomed for wanting to make a difference to social issues, including education, poverty and welfare. Whilst Cllr Morrison has stressed he has always and will continue to support the Labour Party, there is a big enough gap today for a young candidate to stand up and devise a campaign that they believe is right for their community. A stand-out candidate.

Whilst a stand-out candidate is needed to ensure a strong relationship begins, there does need to be a positive working environment. Cllr Morrison sticks out in my mind, not because of his politics, but because he is Liverpool’s youngest councillor. That goes a long way, especially in keeping young voters interested in politics. He is portrayed as a confident, young and positive individual. Even when he claimed that Luciana Berger MP had made “his life unbearable”, his attitude and presence was still largely positive and the determination to continue with his job came across very well. Luciana Berger MP has denied the allegations made by Mr Morrison, but despite that we must applaud the motivation and drive of the young councillor to continue despite these hiccups to his role.

Luciana Berger stated: “Of the 14 Labour councillors in the Wavertree Constituency you are the only one who chooses not to engage with my office, or get involved with our constituency activities.” Ofcourse it is impossible to determine what happened and whilst an internal party investigation is underway, we cannot be certain to make judgements.

What I do believe, however, is that we should welcome new and young life into politics. The next generation of councillors and MP’s are around and could be living next door to you. We must admire a young generation who are determined to make a stand, work for their communities and ensure their heart is where it needs to be.

April 15th was the last time I posted a blog and since then I have a had a lot of thinking time. I am a great lover of the media and journalism and, in order to pursue this line of career, I have decided to cut back my work hours.

Good or bad? Good, actually. I’ve always wanted to be a journalist and work in an industry which is exciting and always changing. unfortunately as a full-time employee this was near enough impossible. Now, however, I hope that with more time on my hands, I can exert my energy and enthusiasm into my studies and gaining vital experience to make a lasting career.

With a bit more time on my hands, I shall continue to update this blog, under a new name – JacksBITES – and hopefully it can showcase some of the stories that interest me and the writing I can create.

Never give up on your dreams.